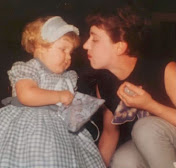 Brenda moved in with a new cellmate named Brandee in 1993. Brenda always had the lower bunk because of her continued seizures.

For the next 15 years they would share a very small space. Brenda is younger by three years but looks considerably more. The two bunkies did have a short sexual relationship but settled on a friendship. They became incredibly close for life and share everything, even when Brandee is released.

Brandee Sisemore was convicted of murder in the same year as Brenda. She was convinced by her step- father to kidnap and murder a ten year old child who was causing problems for him. Brandee, her younger husband Hilton Tripp and his best friend Randy Cook abducted and strangled little Tami Carpenter in Avila Beach, near San Luis Obisbo.

Her stepfather, William Record had been accused of molesting Tami and her older sister Betty. Days before they were set to testify against him the plan was hatched to kill them both. Brandee was a family friend of the pair and she arranged to take Tami on a swimming trip. Instead they went to a secluded campsite she shared with her husband. Brandee watched as the two men tortured and strangled her.

Her young and scared husband soon confessed. The police found the body buried in a shallow grave near their tent, just as Hilton said it would be. Brandee eventually pleaded guilty (in a plea deal) to second-degree murder in 1981 and was sentenced to 15 years to life.

Record died in prison 4 years after his conviction and the other two geniuses are serving life sentences with little hope of ever getting out. Brandee legally divorced Tripp in 1982 and assumed her maiden name.

When Brandee was just three years old her younger brother passed away just 10 months after his birth. Her mother, Mary Jenkins, never fully recovered. When Brendee gave birth to Kaitlyn in 1978, Mary was jealous and looked to adopt.  She later adopted her own daughter named Venna and would raise both children like sisters after Brandee’s arrest.

Since the age of seven Brandee claims she was molested by her stepfather and was afraid of him. She says this was the reason she complied with his demand to help murder Tami Carpenter. She and Brenda shared horror stories about their home lives. Brenda had not made an official statement about abuse in her family despite multiple rumours after her father’s marriage to Sheila.

It would take years before she could deal with what had happened. “He had alot of control over me,” Brandee told the parole panel. “He manipulated me into doing t hings that a normal child would never, ever do. And it took a lot of counseling to get past that.”

Far from a model prisoner the first ten years of Brendee’s incarceration was turbulent. She made homemade liquor in her cell and often got in fights. After attending group therapy for incest survivors her behavior started to improve. 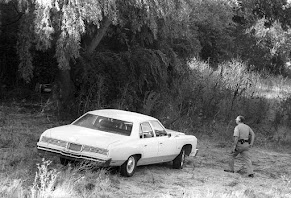 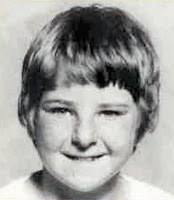