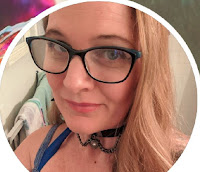 Bree Ann Spencer is Brenda's half-sister born on 17th September 1980 and took her home to be raised at the house on Lake Atlin Ave. her father is Brenda's father and her mother her ex juvenile hall cellmate, Sheila McCoy.

Bree's mother left the home when she was only 5 years old and they have not communicated since.

Christy  Buell was a victim of Brenda's shooting and also the day carer of her little sister. Wally Spencer came to collected his new young daughter. Christy was unsure if Wally knew who she was when he politely said hello? She said that Bree looked a lot like Brenda.

Bree once told her, “My sisters in jail”. Christy only answered, “Oh really?”.

Bree is now known as Bree Ervin after being married and divorced. She dropped out of college to become a message therapist and unsuccessfully tried her luck at owning a massage studio on El Cajon Blvd.

She and her boyfriend, Justin, moved to Pueblo County, CO and had a daughter. They purchased a family house and broke up a couple years later. Justin moved back to San Diego by himself and she went after him in court for child support.

In late 2015 the bank foreclosed on her home in Colorado City. She was virtually homeless with a small child when Wally became very ill. After Wally's death she fought to keep his entire estate and fractured any relationship with the Spencers. She currently owns the house on Lake Atlin but does not live there.

Bree lives with her daughter in Pueblo CO and works as a legal secretary. Brenda has nothing nice to say about her after Bree objected to her release from prion in 2016.