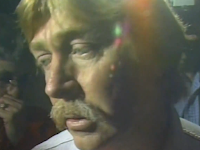 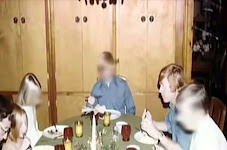 Wallace Edward Spencer was born in White Eagle, Pulaski County, Arkansas in the autumn of 1929. His father, Claude, was a local truck driver and his mother Edna Maurice was a homemaker, originally from Texas. According to the 1940 Census, he was the second of four children and lived in just outside Little Rock.

Once an adult, Wally joined the Navy and made his way to Southern California.  He settled in what is now Korea Town in Los Angeles in the 50's and met Dorothy Hobel.

Dot Hobel and Wally Spencer were both living in Los Angeles when they married on December 12th, 1954 at the Community Congregation Church in Chula Vista, California. They travelled down to her parent’s local place of worship, just south of San Diego. They obtained the licence to marry in Los Angeles about two week earlier and returned the completed document two days after the wedding. Wally had just turned 26 and she was only 19 years old.

They had three kids, Scott, Teresa and Brenda before divorcing in 1972. The three kids lived with Wally and went to Patrick Henry High School.

Wally worked at San Diego State in the audio-visual department and an equipment technician. He was known to be quiet and a soft-spoken homebody. Wally was a small-town Arkansas boy with a humble upbringing who was hard work to speak to.  Almost all of Brenda’s friends tried to communicate with him without success.

Wally’s sister, Jane Sutton spoke to the LA Times by telephone saying he was, “just like everybody else -a man who likes apple pie and mom, and everything like that." Co workers described his as a guy with no small talk and he stuck to business most of the time. He was known to the neighbors as someone to say 'Hi' to but that was about it.

For Christmas 1978, Wally and Scott would give Brenda a .22 Rifle, trigger lock and enough ammo for the year. Brenda always wanted her own gun to replace her trusty pellet gun.Wally thought he was parent of the year for arranging it

Less than two years later, his youngest daughter was in prison for murder, he was married to her pregnant 17 year old juvenile hall cell mate and had a newborn child named Bree in 1980. See Sheila McCoy

His son came and went over the years but he officially lived alone after divorcing for a second time. Wally died in 2016 while living in the same house on Lake Atlin Ave.