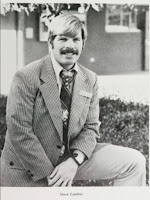 Steven Camblin was a San Diego School District security officer in 1979. He heard the call on his portable police radio and made his way to the scene. Camblin was an eager security guard at Patrick Henry High School and believed himself also responsible for the lower schools in the area. He arrived at the rear of Cleveland Elementary, his presence uncontested by officers already on the scene.

Camblin made claims of heroism at the time, but finally settled on being part of the trash-truck operation masterminded by police. Camblin is an interesting character who plays a role in the aftermath and historical accuracy of the event.

Exactly why he was there or who asked him to attend is unclear. As a Parick Henry High student, Spencer would have recognized Camblin, but there is no way that he would have known that Brenda was the perpetrator. Officer Kasinak first noticed him “in front of the school after officers and myself were getting the principal and custodian on the gurneys for transportation to the hospital." He never saw Camblin near the trash truck.

Camblin was a recipient of the Purple Heart during the Vietnam war as a parachutist. He held a college degree in criminal justice and finished fourth in the training which would have normally assure him a place on the team. “My career in law enforcement was ruined. I was told by other police agencies I would never work again.” he said.

Camblin was recognized for his ‘heroic and unselfish actions’ but was later stripped of all awards. He was eventually suspended then fired from Patrick Henry High and was not accepted into the police force.Years later he sued the school district for unfair dismissal and a number of other infractions. He won £115,000 and started a roofing business.

In 1989, Camblin shot an intruder in his yard but was not arrested. He passed away from Cancer in 2008. I contacted his brother who said Steve never spoke to him about any of the incidents. 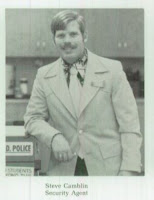 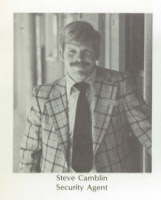