The Reporters and the famous quote

As the police and ambulances raced to the scene, San Diego Evening Tribune police reporter Frank Saldana was picking up the police calls on his scanner from his base at the main station. Frank was a seasoned and personable correspondent, intentionally placed at the main cop shop to grab breaking stories.

He immediately recognized this as out of the ordinary and called it into the newspaper’s head office in Mission Valley. His editor, Bernie Hunt, took the call and awaited more details. Frank was an “action man, sent to the scene for immediate impact”, Hunt would later say.

On the fourth floor at the Tribune’s impressive building in Mission Valley, about 15 minutes freeway travel west from San Carlos, the editors were reaching their deadlines for the first afternoon edition. Having received the information of the shooting from Saldana who was based downtown, city editor Mike Walker and Hunt, the chief assistant city editor, sent all available reporters to the scene to get the story.

With all active reporters already out tramping their usual editorial beats or hitting the streets for this story, Hunt walked down to the “politics corral” and threw a Haines Criss+Cross reverse directory to Steve Wiegand.

Hunt told Wiegand about the breaking story and pressed him into service to start calling houses near the school on Lake Atlin Avenue to see if he could track down witnesses to the events.

The first number Wiegand called was the house across the street from the incident.

“When you are fishing for witnesses through the reverse directory, you get very few results,” Steve recalls. ”So just getting someone to answer the phone on my very first call was a bit of a win, since we were on a pretty tight deadline.”

Wiegand was surprised that someone answered and slightly more surprised when it was the voice of a young girl. 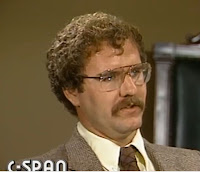 It was just after 9 a.m and the person identified herself as “Brenda”. Steve recorded the famous quote, "I dont like Mondays" in his notes and captured as much as he could until she hung up.

After she hung up, Wiegand turned to Walker and said he was pretty sure he had just spoken to the sniper. All reports coming in were saying the point of origin was the house across the street from the school. Wiegand had definitely spoken with the shooter.

Walker decided to have Wiegand start writing the story and get something out for the first edition. The fast-approaching deadline was just 25-30 minutes away. As Wiegand started writing up his notes in story form, Clarence A “Gus” Stevens was given the number and told to call back again and keep the girl talking. 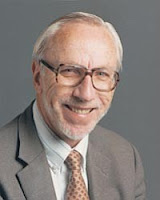 Gus Stevens was slightly older than most reporters at the Tribune and well known for reaching deep into the personalities when reporting. He was a sober reflective man with wire-rimmed glasses and a patchy beard. Bernie Hunt brought him in to help cover the story from his normal post in features, because he was available and competent. In his free time, Stevens wrote more than 100 romance novels and perhaps he was the right person to delve into the mind of a teenage female shooter?

Stevens took Wiegand’s place and rang back at about 9:15. Brenda answered again. Stevens introduced himself and to his surprise she was still interested in talking.

While Stevens and Wiegand were on the phone with Brenda, the SDPD were taking people to safety and getting themselves ready for a stand off. Detectives told the Evening Tribune to step back and the police took it from there.