Brenda Spencer voluntarily waived her right to her Parole Suitability Hearing, Sept 2021. Her next hearing will take place before September 9th, 2022. She is creating a strategy with her attorney, Michael Brennan - Clinical Professor of Law and Director, Post-Conviction Justice Project.

At this stage, it is unclear why she waived her right to the hearing. 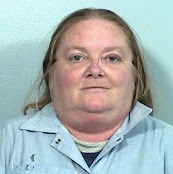 Brenda is back to work in the auto shop but still wearing a mask when indoors. Her next parole hearing or "Subsequent Suitability Hearing" is now scheduled for September 9th 2021.

Brenda received her second dose of the Moderna vaccine. Many of the others in her unit received their second dose as well. It was one of the quietest days in the prison with many feeling unwell the next day. She spend this week visiting with her new lawyers preparing for her parole hearing (believed to be this September).

Brenda Spencer has officially applied for her COVID-19 Relief money. She applied for other stimulus checks in 2020. The new bill passed by the federal government allows her to apply for an additional $1400.  As an official state employee for her work behind bars she is entitled to stimulus money. Brenda's mom is a bookkeeper and does her yearly taxes.

COVID Protests at the CIW

The Miller, Latham and Barneberg Units at the CIW went on full quarantine in 2020. Many of her prison mates and friends contracted the virus and survived. Just prior to Christmas 2020, she tested positive after a random test. She was quarantined to the medical unit and slowly began to show symptoms.

Less than two weeks later she tested negative and was returned to her normal room to start 2021. Brenda is currently healthy and alone in her room preparing for her next parole hearing.

On valentines day 2021 she received her first dose of the Moderna vaccine and felt little affects afterwards. The prison reported multiple issues of nausea and sickness from other inmates.Brenda was just fine.

Brenda was the most famous entrant at the CIW since the Manson Girls arrived ten years earlier. She was internationally known, and other inmates would whisper behind her back as she walked by. As a very small underdeveloped girl in a general population prison, she kept to herself for almost a year.

From day one she attended both Alcoholics Anonymous and Narcotics Anonymous but failed to fully complete the 12 step program until 1991. But she did complete countless anger management courses and Co-Dependents Anonymous (CoDA).

Brenda went on a tirade of self-help courses and learning programs. She finished an animal grooming program, took vocational electronics and hobby/craft classes, got her electrical test technician qualification and worked as a repair tech for over 12 years.

She completed an upholstery and maintenance warehouse courses with top marks. She is an accredited forklift driver and got her driver’s licence so she could start working in the Auto Shop. She also worked as the Fire House Receptionist for years and made friends with a number of prison staff.

Brenda became a tutor for the Project Read program and helped other inmates learn to read. She even played for the prison softball team, performed in the prisons musical group called ‘One Heart Band’, helped to rebuild the recreation auditorium, participated in multiple events like World AIDS Day and HIV education programs.

Brenda became a fairly good prisoner and her Central File or C-file shows she does not have any serious 115 disciplines and about seven minor C128’s. Brenda started slowly and only missed a few days at work duty or educational assignments classes.

Her file includes a favorable mention relating to an incident in the hobby/craft room. A prison staff member cut her hand and Brenda took control and “gathered up all the tools and organized the situation”. 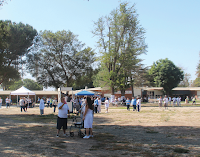 Brenda was relocated to the Emmons A Unit and was given the cell across the hallway from Manson Family Member, Leslie Van Houten. The two became good friends and worked together helping other prisoners to read. She is also friendly with Patricia Krenwinkel.

Brenda read Helter Skelter the year before her crime and had known of the women long before arriving at the prison. Leslie is a liaison between prisoners and officials and Pat works with Guide Dogs. Brenda also got to know Betty Broderick after she arrived, but they did not become friends. Both were unaware of the connection with her ex-husband.

Other than her father, Brenda’s siblings rarely visited her while she has been incarcerated.Since her father and brother's deaths, only her mother makes the trip up from SD - but she cant remember the last time.

New Release
Recorded in 1979. An excerpt from the San Diego Police dispatch with information on the shooter.
Brenda was identified by her father. He also told them she had more than 600 round of ammo.
By N Leigh Hunt at August 15, 2021 No comments: